Below: In Srinagar, atop the Shankaracharya Hill is this Shiva temple. This hill is where Shankaracharya once meditated. This is the oldest known site in Srinagar, believed to date back to 2500 B.C.E. when the original sandstone structure had been built by King Sandiman. The hill used to be called Takht-i-Sulaiman, the Throne of Solomon, which definitely represents some of the history of this region, and why some people think that King Solomon  had been here. 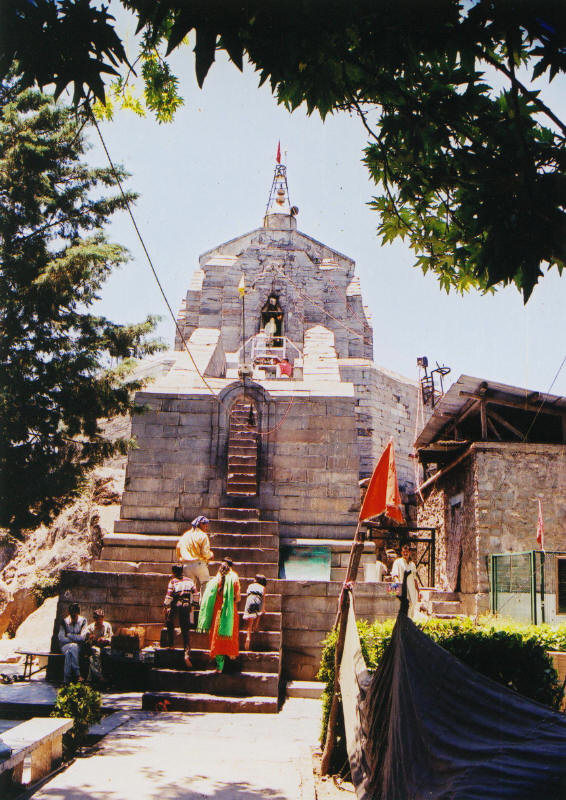 The large Shiva lingam inside the Shiva temple on top of Shankaracharya Hill. 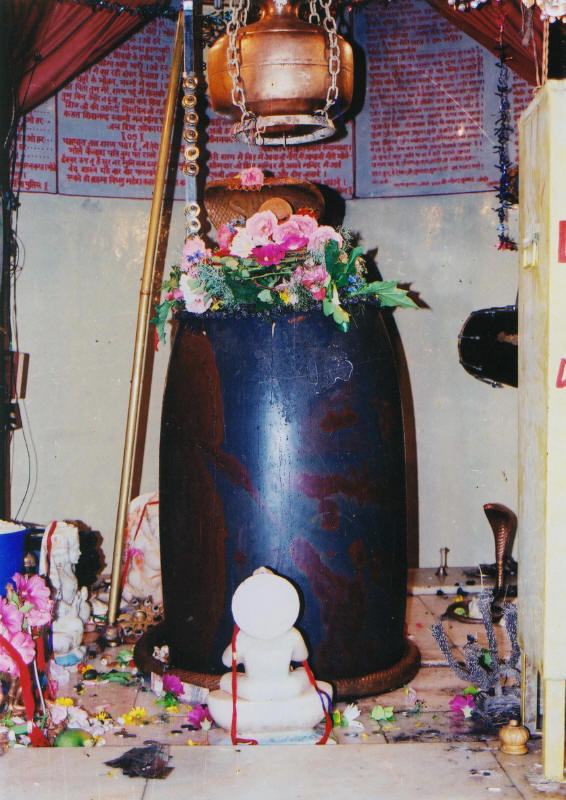 Sunset on Dal Lake, with the houseboats in the background. 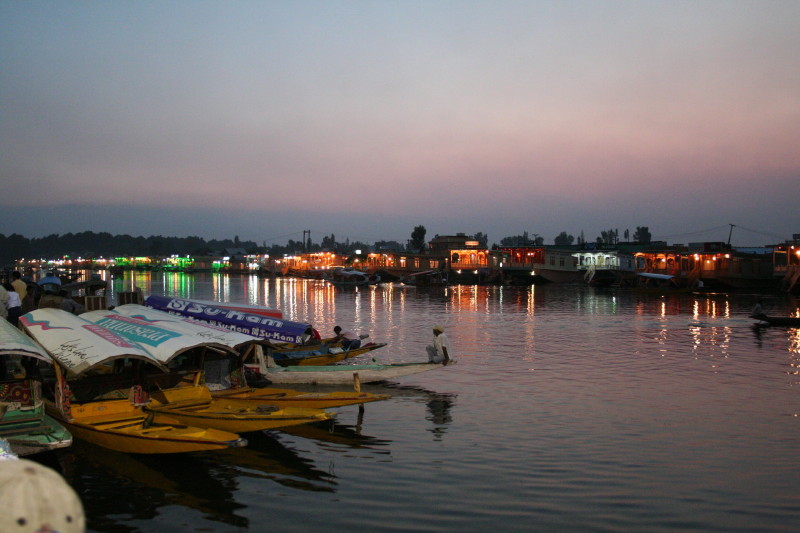 Reflections of the surrounding mountains while taking a boat ride on the serene Dal Lake, in Srinagar. 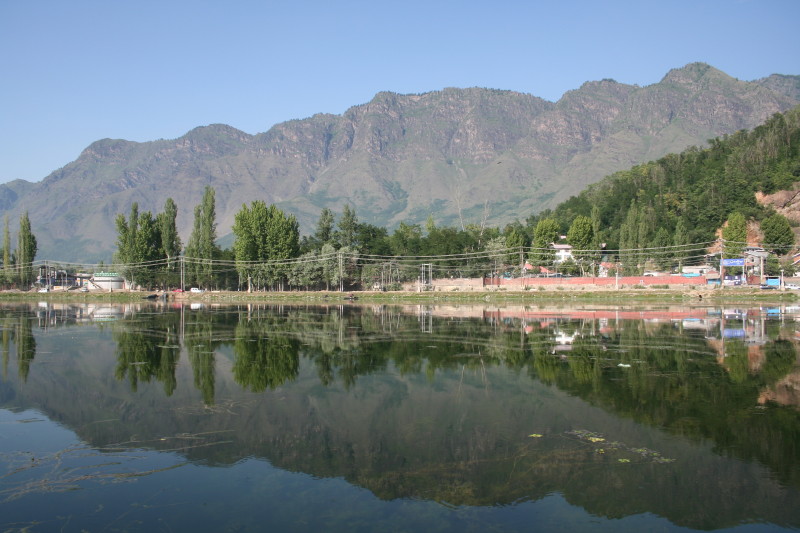 The controversial Rauza Bal, or the grave of Issa, also known as Jesus in the old section of Srinagar. 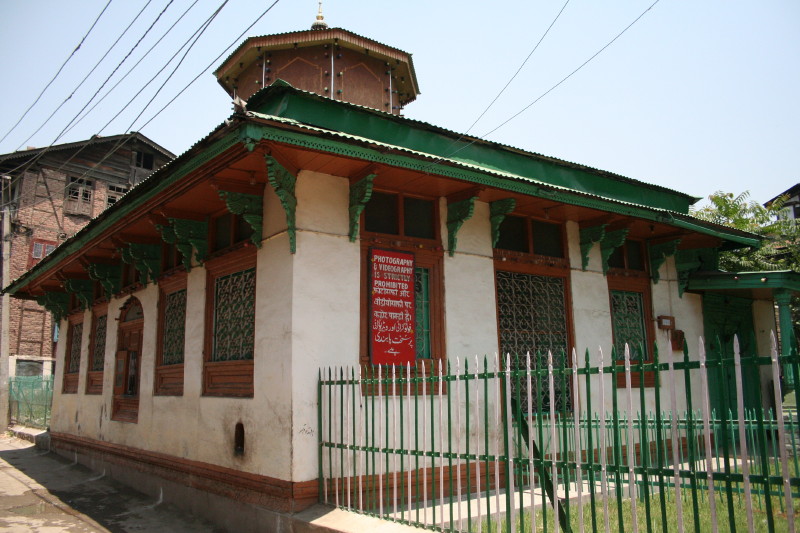 The rugged mountains east of Sonamarg that we drive through on our bus ride to Kargil. 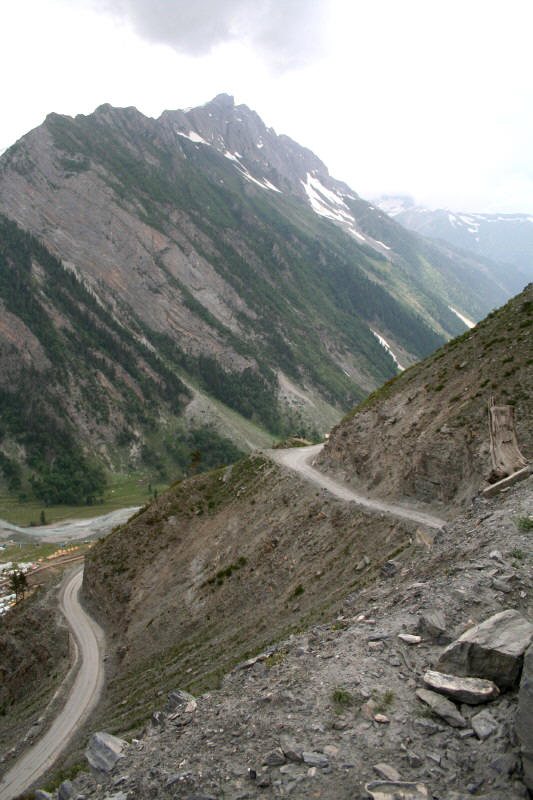 After we pass through Kargil and enter Ladakh, the landscape becomes desolate, called a moonscape by some people. 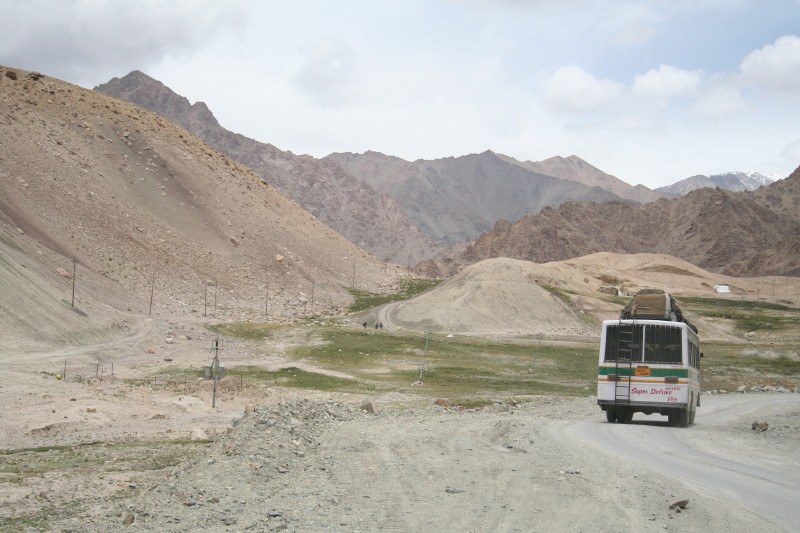 Tibetan Ladies in traditional clothes and young monks at the Spitok Gompa south of Leh, Ladakh. 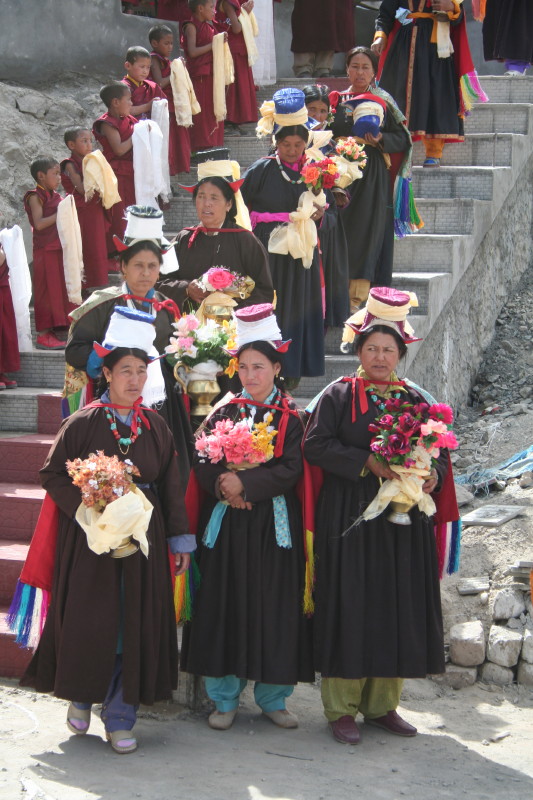 Young monks at the Spitok Gompa, south of Leh. 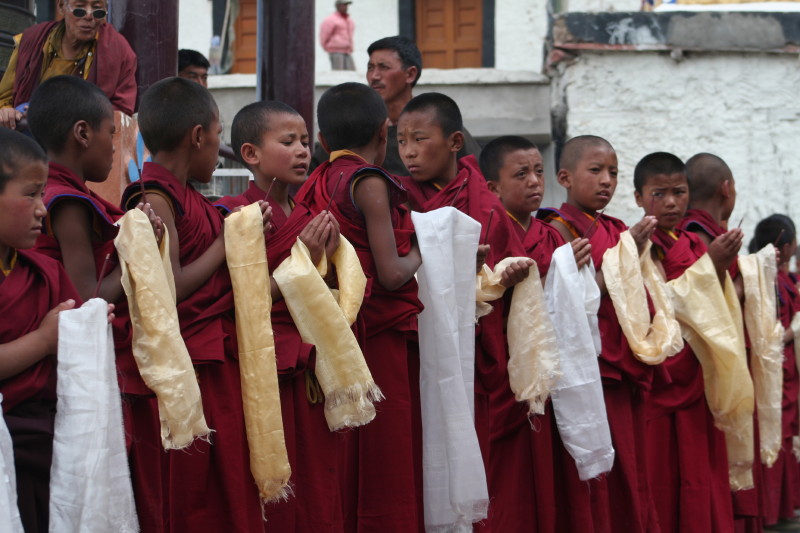 The Spitok gompa, like many that are situated on the hills in Ladakh, with the Indus River and the valley in the background. 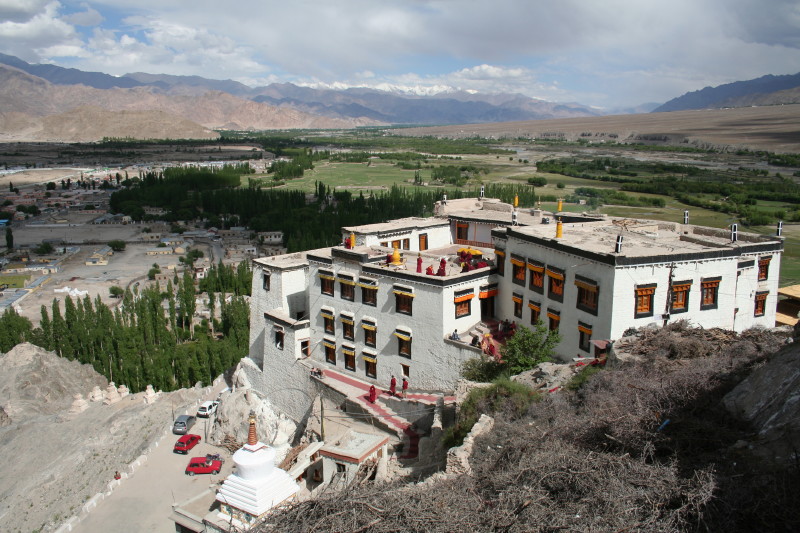 The Leh Palace on the hillside, and the Namgyal Tsemo Gompa and small fort on the hilltop in Leh, Ladakh. 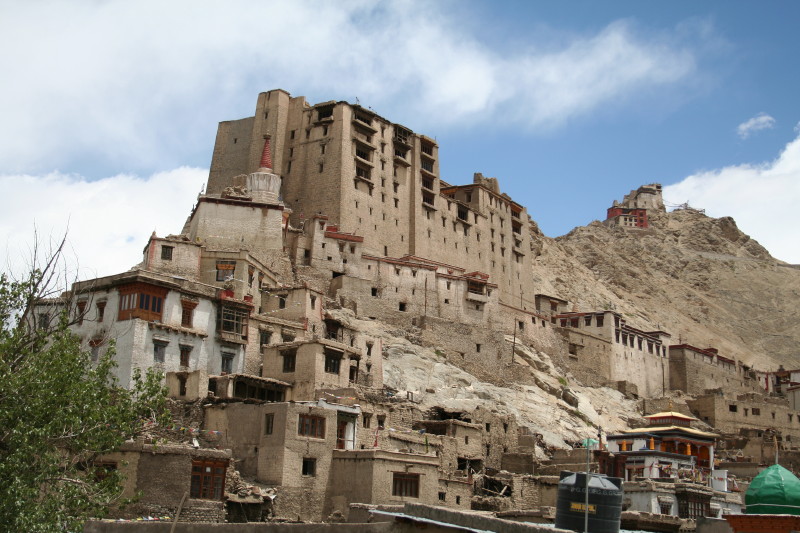 The Zanskar mountains and the temple of the Soma or Jokhang Gompa in Leh. 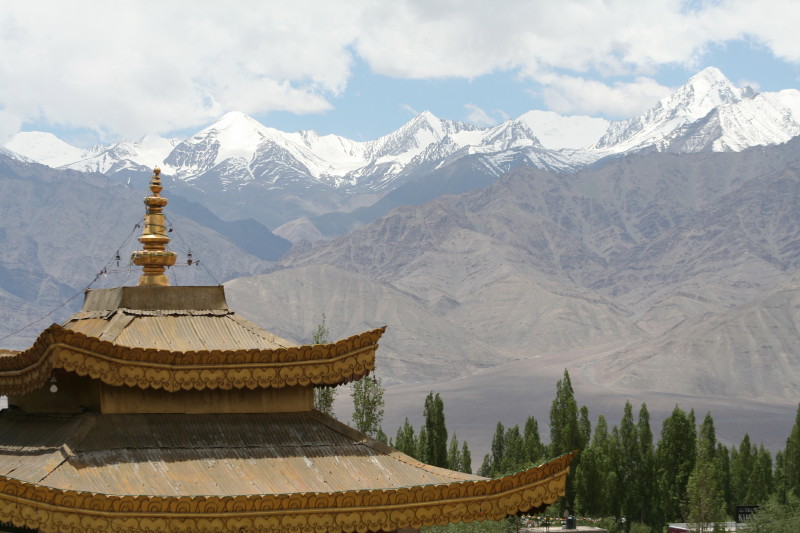 Looking out over the town of Leh and the Zankar Mountains in the distance from the Tsemo Gompa. 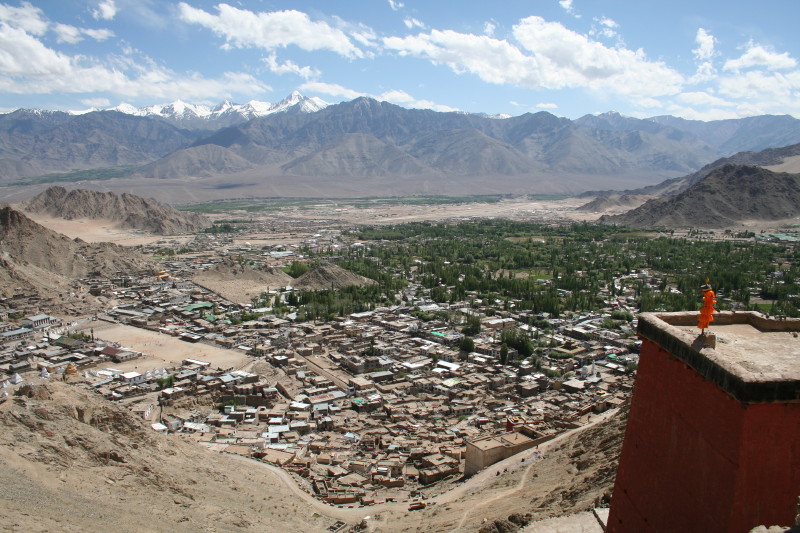 The Zankar mountains south of Leh. 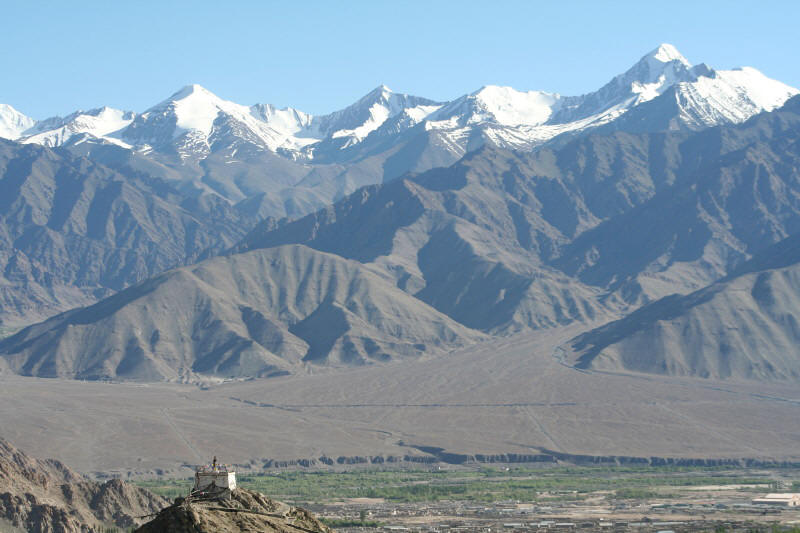 Closer view of the Zankar mountains south of Leh. 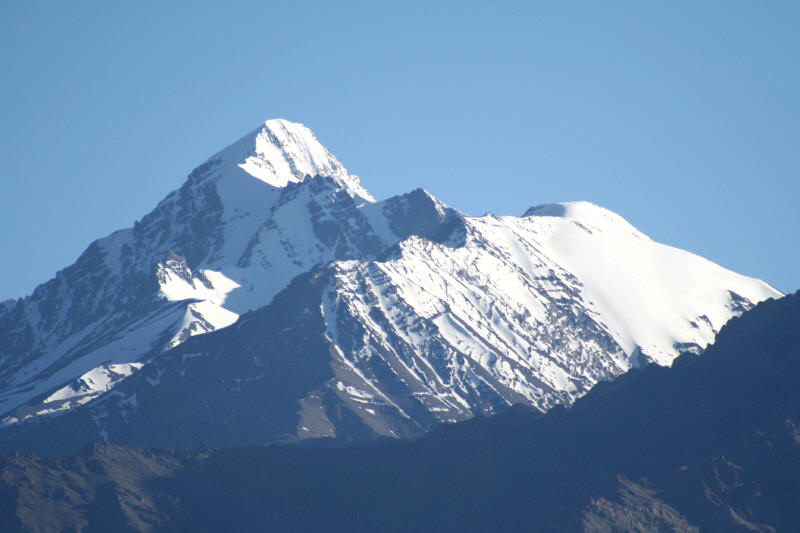