The temple of Padmavathi at night, the spouse of Balaji (Venkateshvara) which is supposed to be viewed before going to get darshan of Balaji at Tirupati. 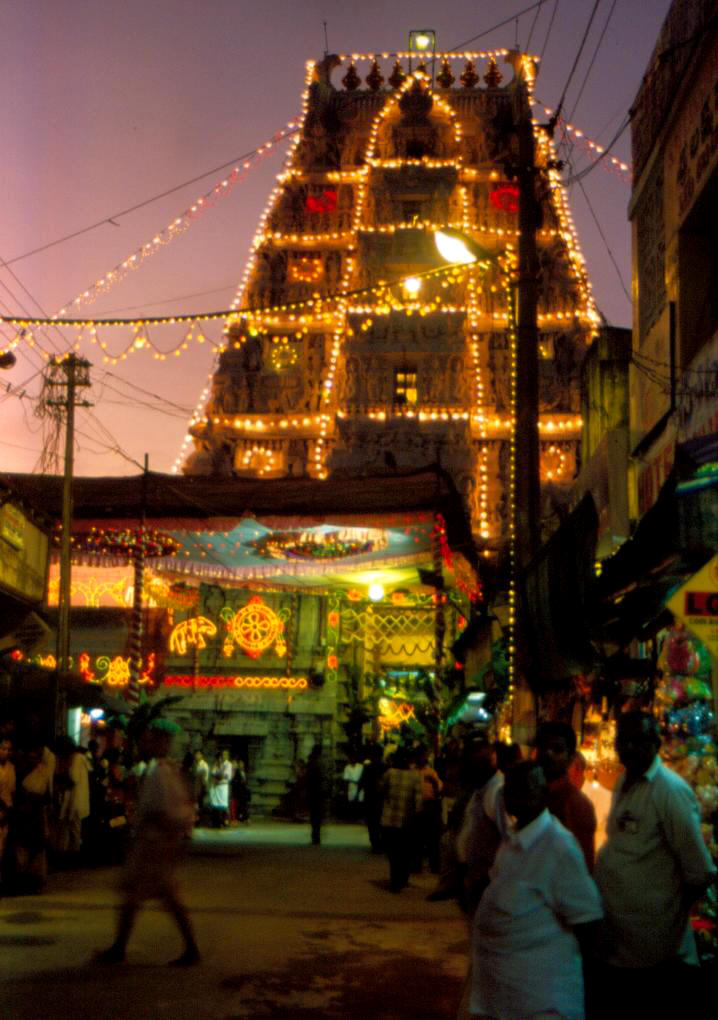 A sunlit hallway in the temple of Ekambeshvara (Shiva) in Kanchipuram, typical of many halls in the temples of south India that may be much longer or more decorated, according to the size of the temple. 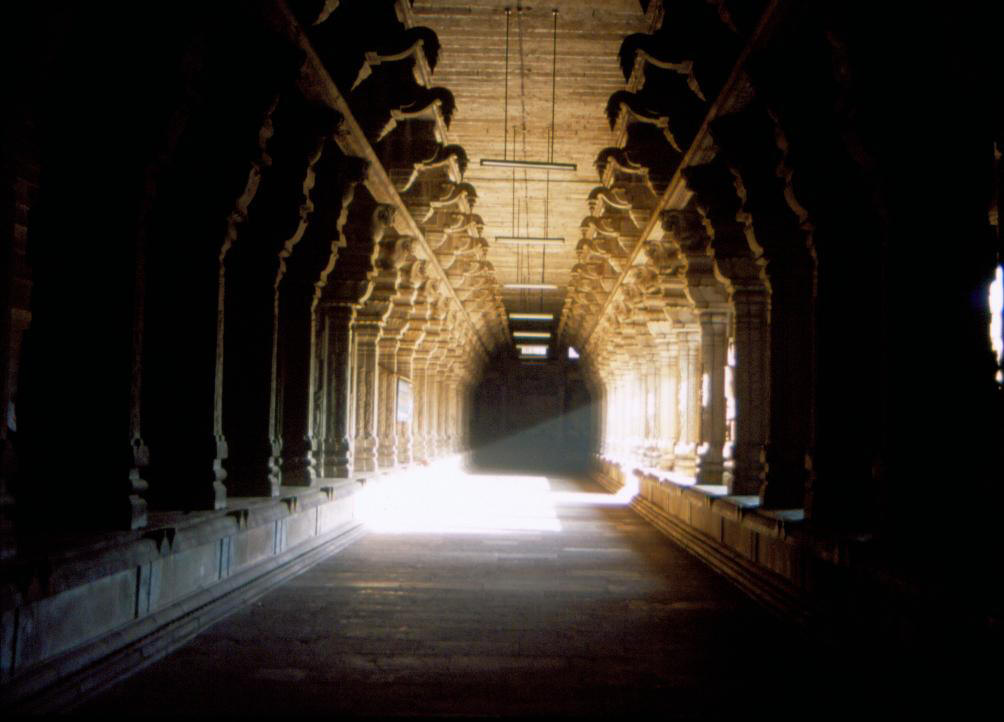 The tall gopuram or gate and the exterior of the multi-pillared hall at the Varadraja temple in Kanchipuram. 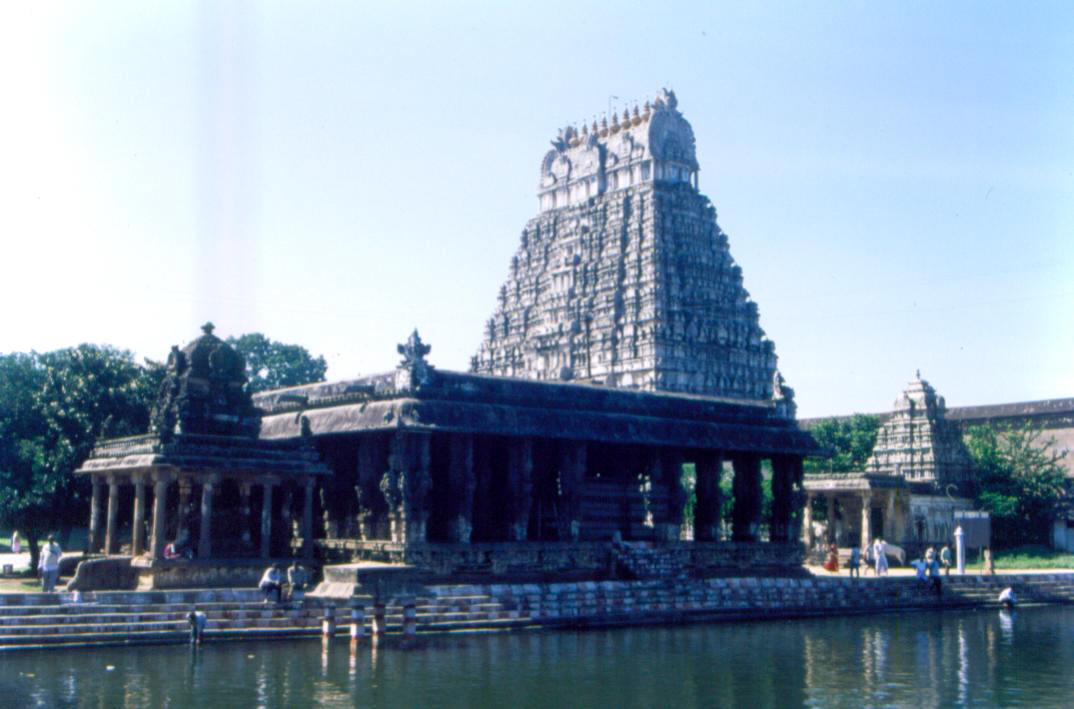 The interior and some of the beautifully carved columns in the multi-pillared hall, Varadraja temple, Kanchipuram. 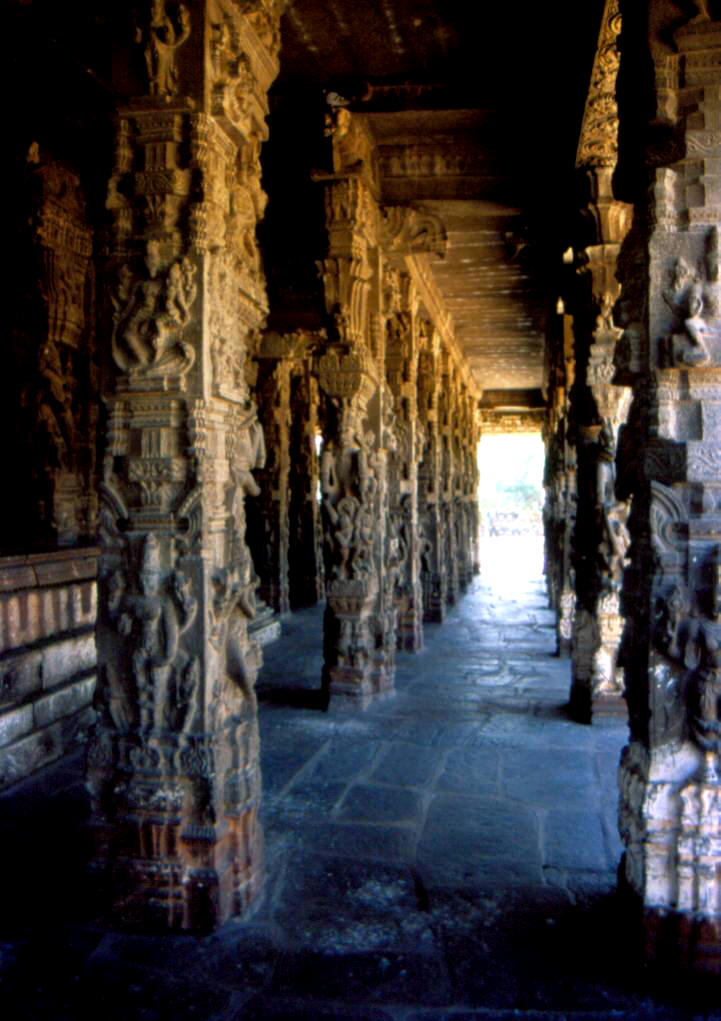 At Sri Rangam most devotees focus on seeing the reclining Deity of Ranganatha in the main temple. However, there are several other temples and shrines to see as well, including this one called the Jagannatha Mutt, which is where Venkatta Bhatta once lived and was visited by Sri Caitanya Mahaprabhu during His tour of South India. 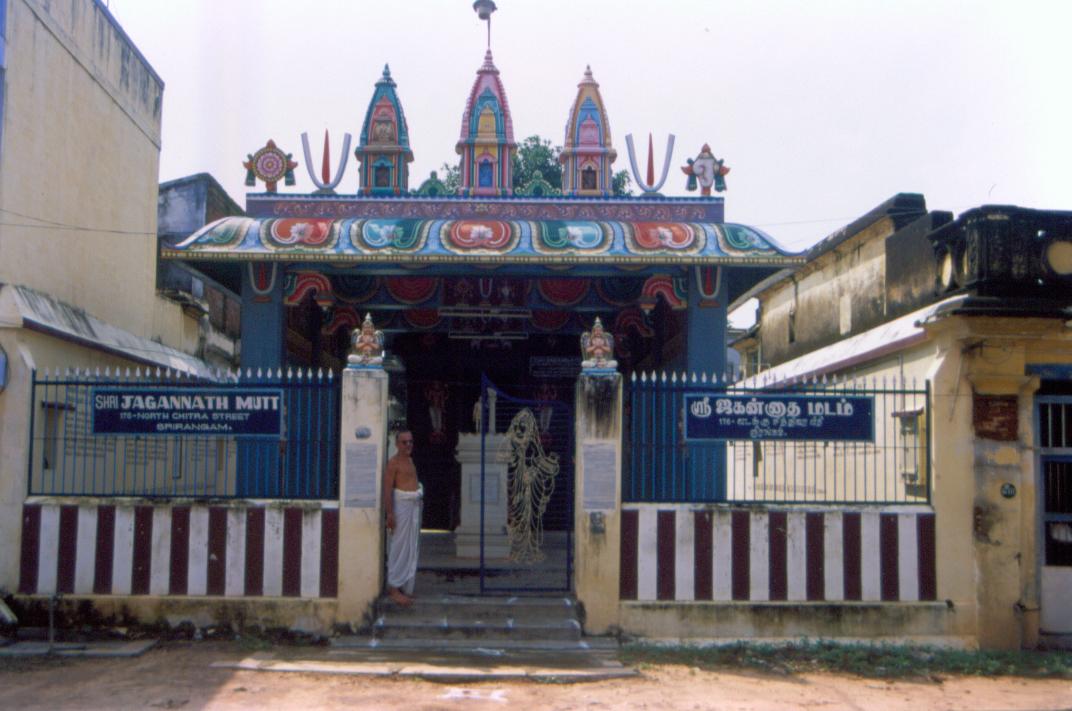 The Jagannath Mutt interior is beautifully painted and nicely maintained. 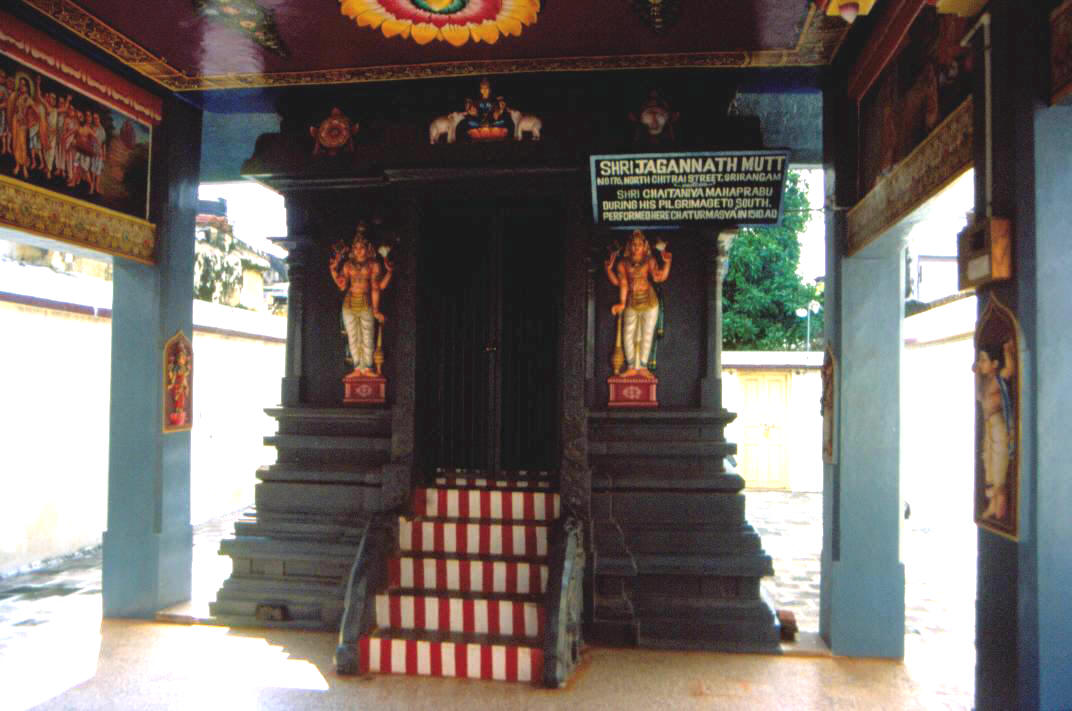 Within the inner shrine of the Jagannath Mutt are the Deities of Lord Jagannatha (Lord Krishna), Lord Baladeva (Lord Balarama, Krishna's brother) and Lady Subhadra (Krishna's sister). These Deities are said to have been carved by Sri Caitanya Himself while He was staying at Venkatta Bhatta's house and so strongly felt the separation for Lord Jagannatha that He formed His own Deities to worship. 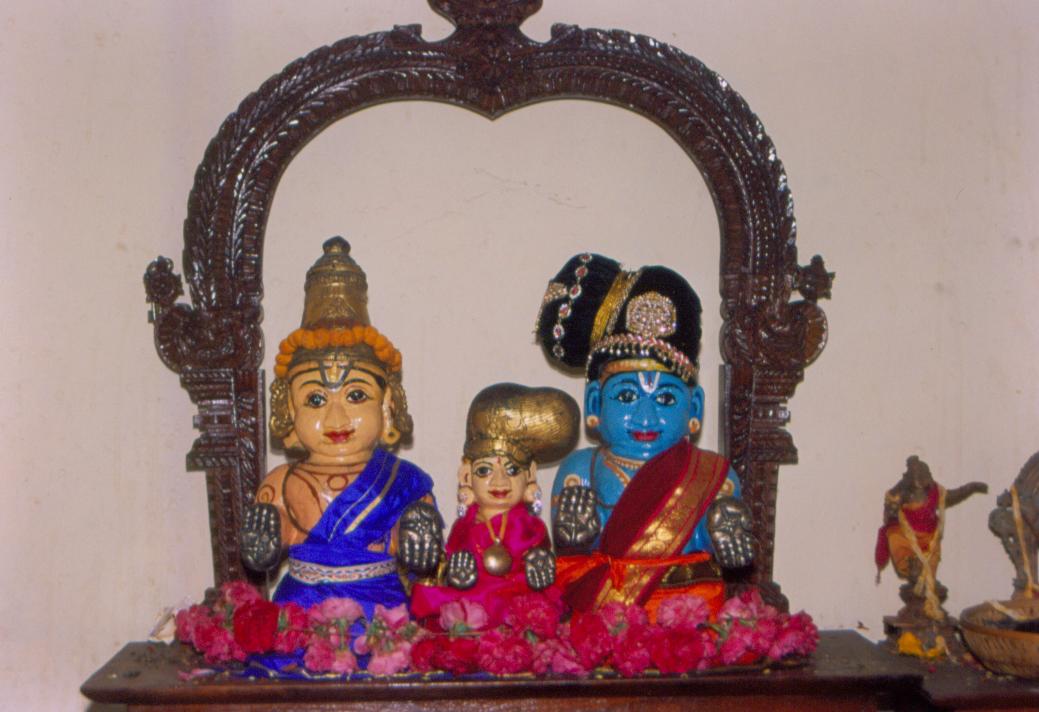 This is the temple of the 18 feet long reclining Deity of the Adi Keshava MahaVishnu, and where Sri Caitanya found the ancient manuscript of the Brahma-Samhita. 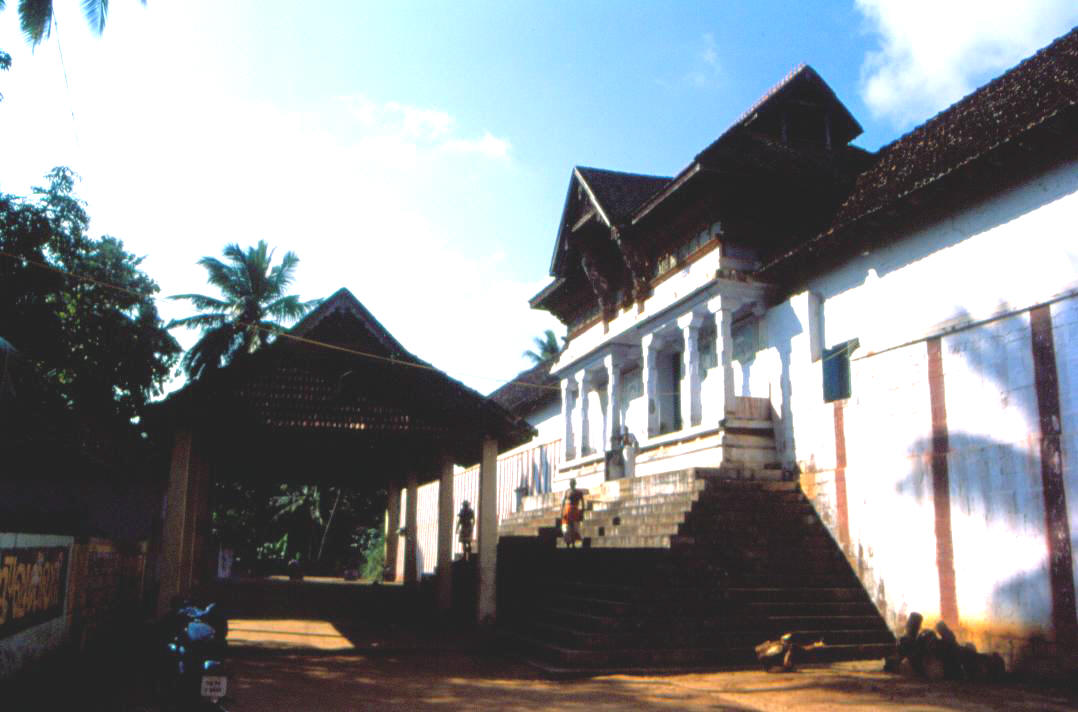 A view of the northern entrance to the Mysore Palace at night. 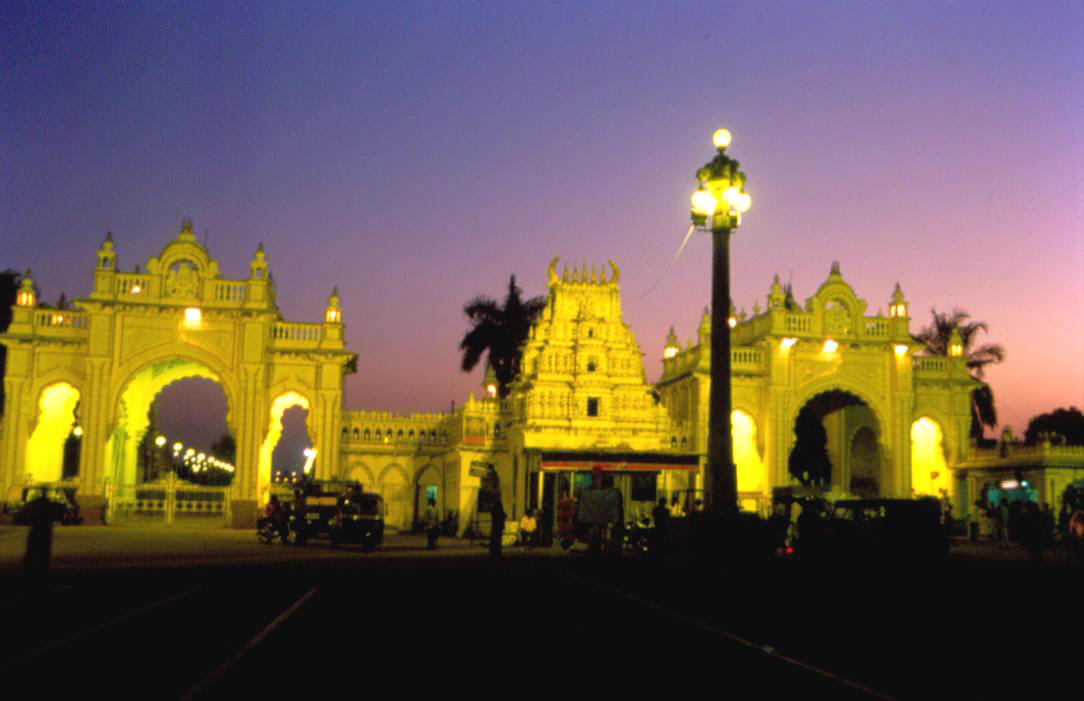 The beautifully ornate Hoysala temple dedicated to Shiva in Halebid. 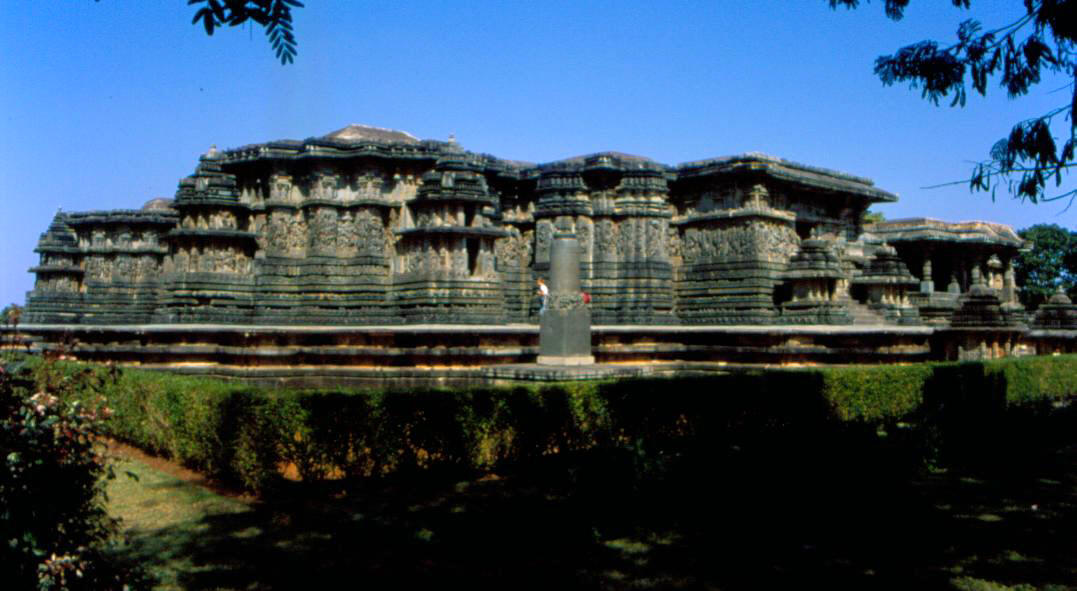 An example of the stone work at the Halebid temple, here showing the pastime of Lord Narasimha bifurcating the demon Hiranyakashipu. 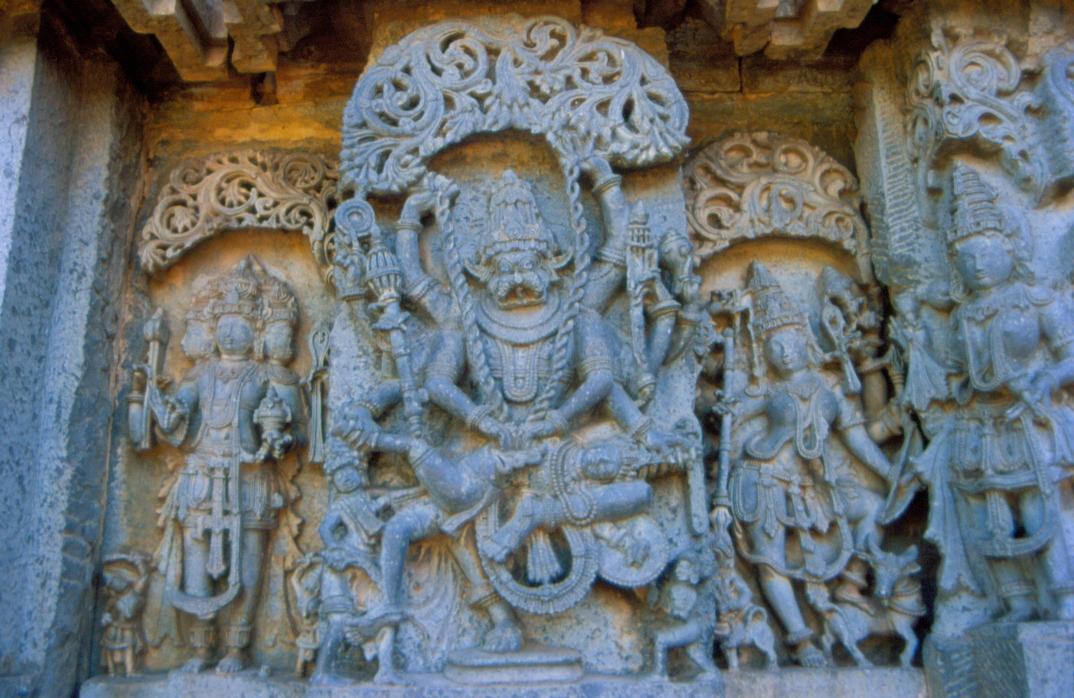 A view of the wonderfully carved exterior walls of the Halebid temple, showing many of the Vedic personalities and avataras of the Lord, along with ornate designs in the lower portions. 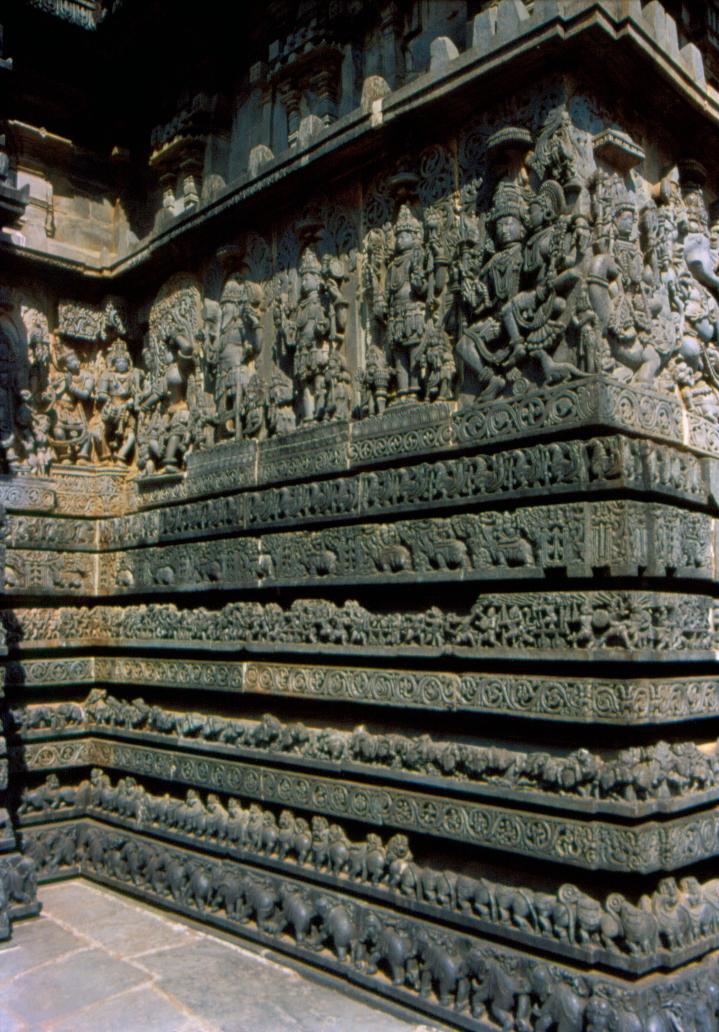 A view of the interior of the Halebid temple. 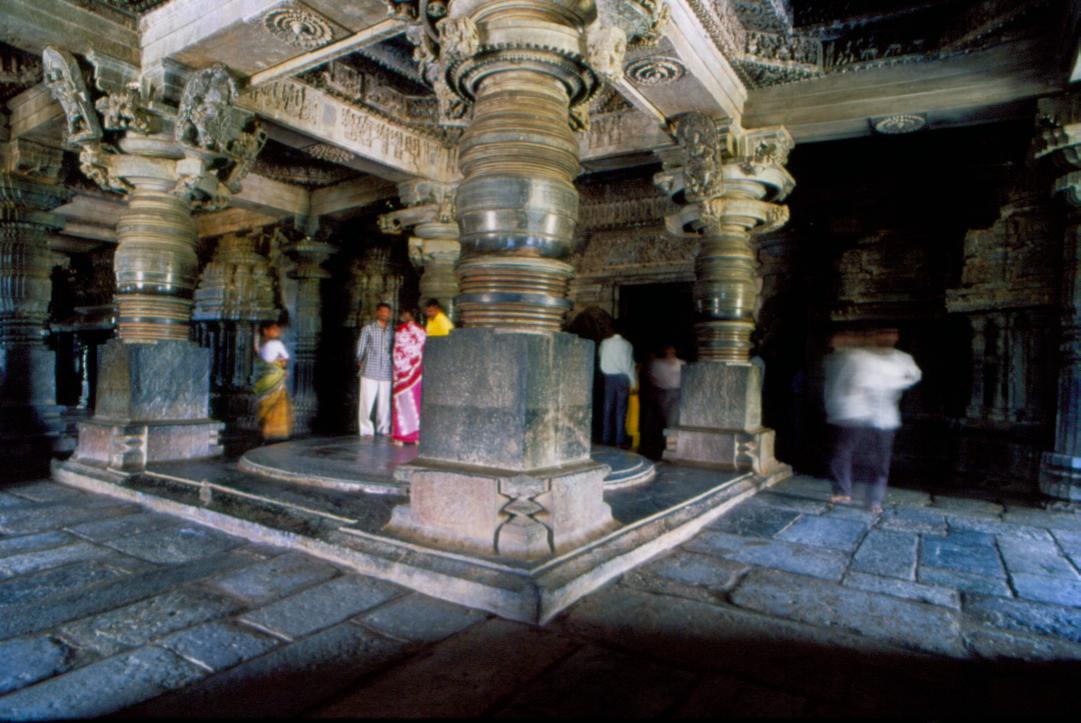